We were approached in winter 2012 by Builder Chicago, a well Known Full Service Design Build Firm, to undertake the project of redeveloping & re-branding an existing West Town Building At the Six corners of Grand, Halsted & Milwaukee Ave into a new Restaurant w/ a new contemporary take on celebrating the spirit of the late 19th century Chicago. The scope was a complete rehab of the existing structure and the construction of a new two story addition for added seating, a new two story Glass and Steel Atrium Entrance Way, a two story Grand Entrance Stairway and an outdoor patio.
‍
Throughout the extensive project, The Build Team work closely w/ the Restaurateurs, who are well known for their other Chicago Location, but to keep a lid on the new theme. The project was only known as “The New Restaurant on Grand”. The Owners, Architects & Design Team were out to capture the look and feel of a 19th century. Gathering place celebrating Food, drink and Hospitality of an earlier Era. They used this concept form start to finish integrating this theme into the Architecture, the Decor and furnishings. Even the Name was chosen based on Chicago history.
‍
This site was originally connected to a cluster of buildings owned by The Dawson Brothers. William and Henry Dawson operated one of the most successful fireplace mantle companies in the United States at the turn of the last century. So we were proud to play a role in the development of “THE DAWSON CHICAGO” 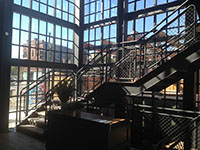 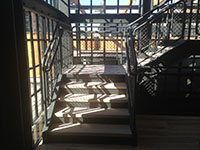 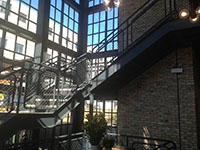